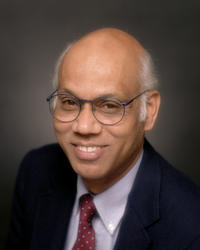 There is an increasing interest in applying methods based on Machine Learning Techniques (MLT) to problems in aviation operations. The current interest is based on developments in Cloud Computing, the availability of open software and the success of MLT in automation, consumer behavior and finance involving large database. Historically aviation operations have been analyzed using physics-based models and provide information for making operational decisions. This talk describes issues to be addressed in applying either model-driven or data-driven methods. Aviation operations involving many decision makers, multiple objectives, poor or unavailable physics-based models, and a rich historical database are prime candidates for analysis using data-driven methods. The issues relating to data, feature selection and validation of the models are illustrated by examining case studies of the application of MLT to problems in air traffic management at NASA. Further research is needed in the application of MLT to critical aviation operations. As always, the best approach depends on the task, the physical understanding of the problem, and the quality and quantity of the available data.

The NASA Berkeley Aviation Data Science Seminar Series was launched in spring 2020 and is held weekly on Wednesdays in Stanley 106, at 11:00 AM - 12:00 PM, from January 22 through May 6. Presenters include experts in government, industry, and academia, who focus on how big data collection and machine learning are transforming aircraft, airspace, and airport operations, with topics ranging from feedback control, IoT, and IoV to autonomy, AI, and data security. All seminars are livecast and interactive across both campuses. The series is also being offered as a 1-credit course: the Berkeley course numbers are CEE198/CEE298 (class #: 33393) and CP298 (class #: 13328). This seminar series is hosted by NASA and UC Berkeley, sponsored by the Universities Space Research Association (USRA) and NASA Academic Mission Services; and presented by UC Berkeley's Urban Air Mobility Research Center (UAM@Berkeley), the Berkeley Institute of Transportation Studies, and BIDS.

Bio: Dr. Banavar Sridhar is Principal Engineer, University Space Research Association (USRA) at NASA Ames Research Center, Moffett Field, CA. He was formerly NASA Senior Scientist for Air Transportation Systems. His research interests are in the application of modeling and optimization techniques to aerospace systems. Dr. Sridhar received the 2004 IEEE Control System Technology Award for his contributions to the development of modeling and simulation techniques. He led the development of traffic flow management software, Future ATM Concepts Evaluation Tool (FACET), which received the NASA Software of the Year Award in 2006 and the FAA Excellence in Aviation Research in 2010.  Dr. Sridhar has served on the  Editorial Board of the International Federation of Automatic Control (IFAC) Journal Control Engineering Practice, International Journal of Machine Vision and Applications, IEEE Control Systems Magazine, IEEE Transactions on Automatic Control, Journal of Robotics Systems Special Issue on Passive Ranging and IEEE Transactions on Robotics and Automation Special Issue on Perception-Based Real-World Navigation. He is a Fellow of the IEEE and the AIAA.