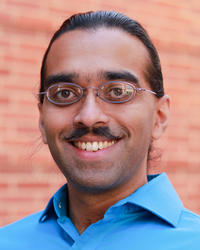 Urban and suburban communities are experiencing rapid growth in both population and density, adding considerable strain on transportation infrastructure.  This in turn detracts from quality of life through the consequent increased commuter delays, energy consumption, and pollution associated with transit. While autonomous vehicle technology promises to improve traffic conditions through more optimal use of limited resources, there are currently no fully autonomous cars on the road today; transportation systems are expected to contain significant numbers of human drivers for the next several decades.

Thus, we turn to semi-autonomous driving, employing varying levels of collaborative autonomy to ameliorate societal transit costs.  We consider human-in-the-loop systems, e.g. adaptive cruise control or co-driver style apps. In mixed autonomy environments, these collaborative autonomous systems can still have network-wide effects. By modeling interactions between vehicles--whether human-driven, semi-autonomous, or self-driving--we can characterize network costs in response to controlled inputs.  Using these models, we can then generate controllers targeted at optimizing network-wide traffic effects in addition to individual driver rewards.  We show that these controllers can be improved with an accurate estimate of the state of the transportation system, so we take a step back and investigate the theory of state estimation in multi-agent systems.  We propose a new covariance-intersection based distributed Kalman Filtering framework, and show how it leads to more generalized and efficient analytical algorithms.

Ultimately, as transportation autonomy expands in capability and reach, our research leads toward societal benefits through implementable technology in real-world conditions.

Prof. Ankur Mehta is an assistant professor of Electrical and Computer Engineering at UCLA, and directs the Laboratory for Embedded Machines and Ubiquitous Robots (LEMUR).  Pushing towards his visions of a future filled with robots, his research interests involve printable robotics, rapid design and fabrication, control systems, and multi-agent networks.

Prof. Mehta was a postdoc at MIT's Computer Science and Artificial Intelligence Laboratories investigating design automation for printable robots; prior to that, he conducted research as a UC Berkeley graduate student in wireless sensor networks and systems, small autonomous aerial robots and rockets, control systems, and micro-electro-mechanical systems (MEMS).

Prof. Mehta received the NSF CAREER award in 2018, and was named a Samueli Fellow in 2015. He has received best paper awards in the 2015 IEEE Robotics & Automation Magazine and 2014 International Conference on Intelligent Robots and Systems (IROS).

When not in the lab, Ankur enjoys social dancing, ultimate frisbee, board games, and puzzles.