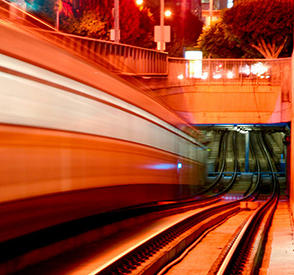 Showing how traffic impacts the mental health of urban commuters, researchers from the National University of Singapore, UC Berkeley, and Universidad de los Andes recently published a new study in the latest issue of the Journal of Transport and Health indicating better access to mass transit systems and less congestion may be linked to better mental health among urban residents.

Researchers examined data from a survey of more than five thousand residents in 11 cities in Latin America.

"To our knowledge this is the first study to examine associations between travel conditions and the presence of depressive symptoms. We are showing that how we design and manage the transportation system in cities can have tangible consequences for the mental health of travelers," says Daniel A. Rodríguez, one of the senior authors or the study and Associate Director of the Institute for Transportation Studies and Professor of City and Regional Planning at UC Berkeley.

Rodríguez, with Olga Lucía Sarmiento, Professor in Public Health at the School of Medicine at Universidad de los Andes and Director of EpiAndes in Bogotá, Colombia, Xize Wang, Assistant Professor in the Department of Real Estate at the National University of Singapore, Singapore, and Oscar Guaje, instructor at Universidad de Los Andes, found that on average, adding 10 more minutes of commuting time resulted in a 0.5 percent higher probability of screening positively for depression.

Furthermore, when splitting commute time into delay due to congestion and free-flow time, delay but not free-flow time is associated with depression — showing a 0.8 percent higher probability of screening positively for depression for every 10 additional minutes of traffic delay for the average commuter. “It’s the delay due to traffic congestion and not the long commutes that associate with depressive symptoms,” said Rodriguez.  How can this be explained? Sarmiento argues “one reason congestion can cause depressive symptoms due to daily and chronic stress and fatigue for travelers.”

By examining differences by the main mode of transportation used, the researchers found that travelers who use mass transit, unlike drivers, were 4.8 percent less likely to screen positively for depression. Proximity to transit service is also associated with better mental health, as not having transit stops within a 10-minute walk from home is associated with higher probability of screening positively for depression.

Study at a glance:

The survey was conducted by CAF, the Development Bank of Latin America. The study was supported by the SALURBAL project. The Salud Urbana en América Latina (SALURBAL)/Urban Health in Latin America project is funded by the Wellcome Trust [205177/Z/16/Z]. More information about the project can be found at www.lacurbanhealth.org.