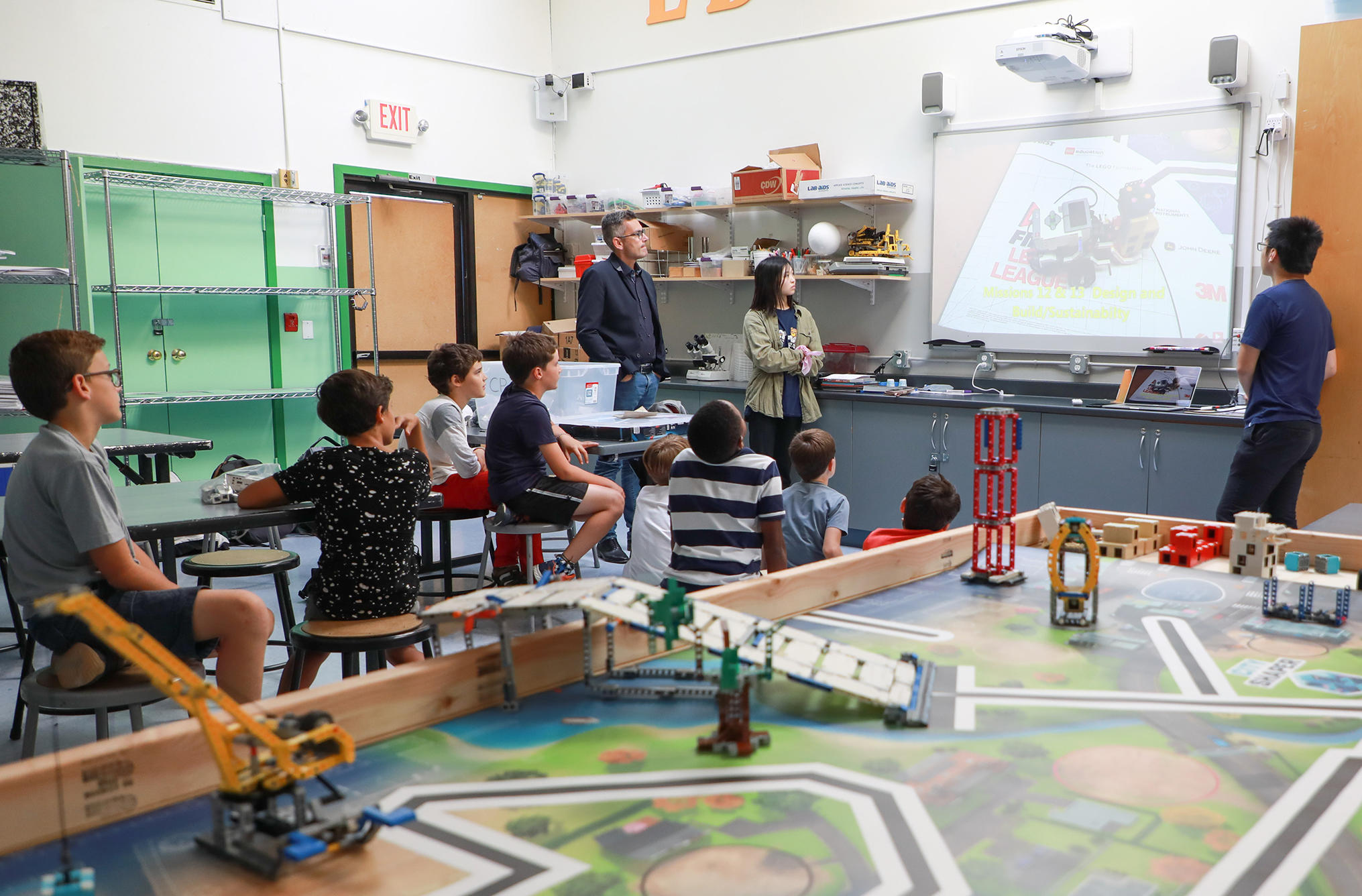 When UC Berkeley students Michelle Yang and Yuhong Chen remember first playing with Lego robot kits, it was a casual activity. Now, a junior in Chemistry and a sophomore in Computer Science, respectively, they’re coaching a new generation of elementary students at École Bilingue de Berkeley (EB) to come together as a team and build and code robots to perform tasks, while thinking about the future of the world’s cities.

In a new partnership between UC Berkeley’s Institute of Transportation Studies and EB, UC Berkeley students with experience in robotics are coaching and assisting EB’s inaugural FIRST LEGO League team, as well as supporting the school to create infrastructure to enhance robotics in the classroom with help of the Head of the Lower School Sébastien Robert and Lower School STEM specialist Isabelle Le Blanc.

“This a very exciting partnership where we can take advantage of local resources to enrich our students and develop our STEM opportunities,” says Robert. “It has been such a pleasure to have these university students to come in and work with our students.” 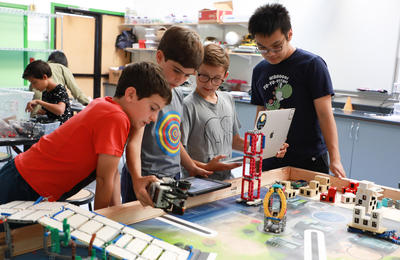 ITS  Director Alexandre Bayen, who serves on EB’s board, is helping facilitate the partnership and recruited Yang and Chen to coach this newly formed team of seven fifth graders interested in STEM.

“It seemed like a natural partnership to bring these two groups of students together,” says Bayen. “It’s really great to see how the relationship between students and mentors have blossomed and see the ideas that are coming from these students.”

FIRST LEGO League, for grades 4-8, focuses on a challenge based on a real-world scientific topic: this year is CITY SHAPER. The CITY SHAPER Challenge has students building, testing, and programming an autonomous robot using LEGO® MINDSTORMS® technology and completing missions with it, all while thinking about how to create sustainable, accessible, healthy cities in the future.

Chen and Yang are coaching the EB students on the Robot Game portion, where students program an autonomous robot to score points on a themed playing field. The robots must be built from scratch and have no more than four motors, but they are allowed unlimited sensors.

“Some of the things I’ve learned at Cal is thinking out of the box, coming at problems in several different ways, and the importance of trial and error and perseverance,” says Yang. “We are passing those lessons on to the student, and it’s really interesting to see what they are doing; they come up with ideas and solutions in ways that I wouldn’t.” 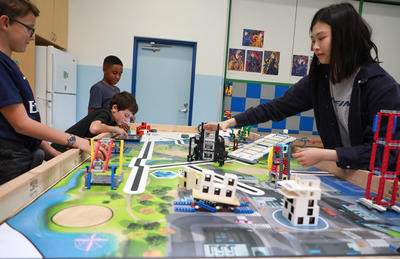 Yang and Chen say one of the challenges of coaching for them is being hands off, when they want to dig into the project.

“It’s been a great learning experience to be in a coaching role and allowing the students to create their projects while we help them stay on task, ask questions, and offering support,” says Chen.

Both Yang and Chen say a late start to coaching this year has been a small stumbling block in the coaching process, but they have learned many valuable lessons that they hope to apply, perhaps maybe even next year.

The students are also responsible for choosing and solving a real-world problem to help make cities of the future more sustainable, where students talk to experts in the field to identify a problem, so they can create a solution and poster/demo.

The students are getting ready for competition Nov. 16, 2019 at the North California Lego League taking place in Fairfield, CA against up to 16 teams. Winners of the competition will move on to the state-level competition.