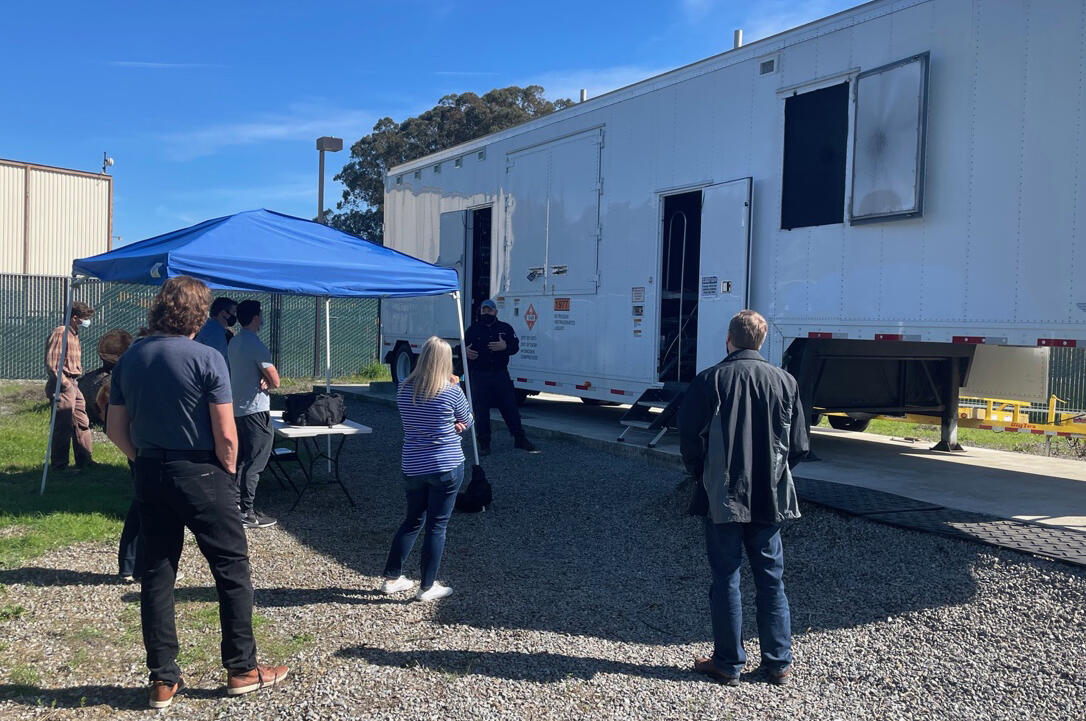 The Transportation Sustainability Research Center (TSRC) at UC Berkeley’s Institute of Transportation Studies recently offered a socially distanced, outdoor tour of their test site at the Richmond Field Station, where a new Air Liquide mobile hydrogen refueler is being tested for deployment under a U.S. Department of Energy grant.

“As an alternative fuel, the potential that hydrogen offers is becoming compelling,” says TSRC Co-Director Tim Lipman. “This station shows what a leading industry group is doing in conjunction with the Department of Energy to advance the progress of hydrogen as a vehicle fuel.” 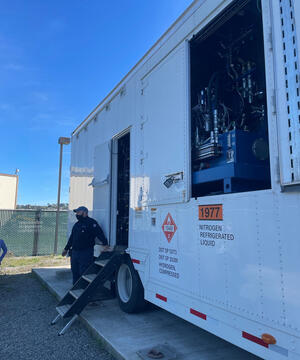 Tours of the first mobile system in the United States to be permitted for transporting hydrogen on public roads at pressure levels of up to 900 bar (13,000 psi) were held on Feb. 25 and March 5, 2021. The unit stores about 200 kg of hydrogen at two different cascade pressure levels, to dispense 100+ kg per day, and includes a liquid nitrogen cooling system for dispensing fuel at -40 C at 700 bar (10,000 psi). It also included an onboard diesel-powered generator for a complete “station in a box” with integrated dispenser and RFID reader system.

Lipman led two tours of about 20 people from academia, government, and industry along with Aaron Harris from Air Liquide, the lead developer on the project. The station is designed to provide temporary mobile fueling solutions for pilot projects, military applications, and an advance station to provide an initial fueling solution as larger stations are being constructed at or near the same site.

The station uses a liquid nitrogen cooling system to quickly pre-cool the system to -40 C. for fast (4-5 minute) vehicle fueling and includes a full point-of-sale system in the dispenser section.

The project is funded by the U.S. DOE Hydrogen and Fuel Cell Technologies Office and Air Liquide.

Lipman also had a hydrogen-powered 2021 Toyota Mirai on hand during the tour, the latest light-duty fuel cell vehicle from Toyota that has a driving range of over 300 miles.