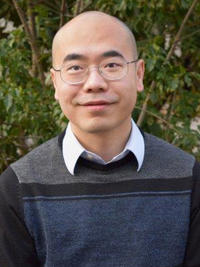 Abstract: Mobility, one of the basic human behaviors, is significantly influenced by environmental shocks and social stresses. In this talk, Wang will present the collaborative work on two interrelated areas: human movement perturbation under the influence of natural disasters, and mobility equality in big cities. In the first area, we explore the uniformity and heterogeneity of human movements under the impact of major natural disasters such as Hurricane Harvey. The exploration will pave a path to real-time track and response to evacuations and recoveries. In the second area, we develop a test of neighborhood isolation that leverages fine-grained dynamic data from Twitter on the everyday movement of residents in America’s 50 largest cities. We find surprisingly high consistency across neighborhoods of different race and income characteristics in the metropolitan region; however, we uncover residents of primarily black and Hispanic neighborhoods are far less exposed to either nonpoor or white middle-class neighborhoods than residents of primarily white neighborhoods. The studies demonstrate that human mobility is a key force for, as well as an important consequence of, urban resilience.

Bio: Ryan Qi Wang is an Assistant Professor in the Department of Civil and Environmental Engineering, Northeastern University and the Associate Director of Research on Social Media at the Boston Area Research Initiative (BARI). He is interested in the interplay between data science and computational social science. His research focuses on two interrelated areas: human movement perturbation under the influence of natural and manmade disasters, and mobility equality in big cities. Before joining Northeastern, Ryan was a postdoc fellow at the Department of Sociology, Harvard University. He received his Ph.D. degree from the Department of Civil and Environmental Engineering at Virginia Tech. During his time at Virginia Tech, he was also the first Ph.D. Fellow at BioBuild, an interdisciplinary program, and a Via Teaching Fellow. He obtained his M.S. in Construction Management from Michigan State University and B.S. in Chemical Engineering from Tianjin University (China).