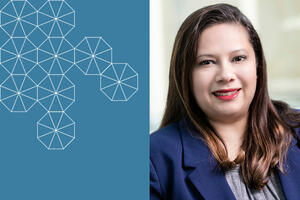 Fredda was nominated for her collaboration on a special initiative outside of her regular unit and duties to support the ITS Director building a  new aerospace initiative. She collaborated with the Director, others around campus, and  external partners.

Aero Undergrad Major: Fredda coordinated efforts in the development of the newly launched Aerospace Major in the College of Engineering. She worked with the faculty lead to organize the committee and their feedback that lead to the successful approval of the major by the academic senate.

Workshop planning: Fredda has brought her event organizing skills to the aerospace program; leading the organization of the workshop to be hosted by UCB/NASA Ames as a kick off to the newly minted partnership via the Space Act Agreement.

Clusters: Fredda has been working with the ITS Director to do outreach and organize the formation of the academic clusters being formed to engage with NASA Ames counterparts.

UCB MOU with Azores: Fredda also marshalled the efforts that lead to the signing of a Memo of Understanding between the UC Regents and the Government of the Azores, Ministry of Science and Space.

General Support: Fredda has worked tirelessly alongside the ITS Director to assure all areas of the project are given proper attention and are successfully executed. 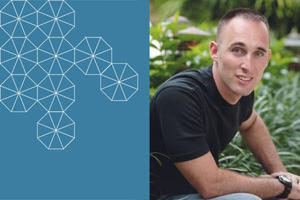 Adam was nominated for his outstanding efforts in advancing transportation research on Mobility on Demand (MOD), Advanced Air Mobility, Automated Vehicles, and other emerging innovations. Within the past year, Adam managed eight projects, co-authored multiple studies on mobility innovation for the U.S. Department of Transportation (USDOT) and a study on automated vehicles for the National Cooperative Highway Research Program, co-authored numerous additional publications, helped plan numerous USDOT and ITS America webinars on Mobility on Demand and a joint TRB and USDOT workshop, and has quickly stepped up to critically assist on multiple large-scale projects for the USDOT, Caltrans, the California Air Resources Board, and others. Additionally, he is leading the content development for an ITS Berkeley/Caltrans conference on the Future of Aviation schedule for Summer 2022. In addition to this work, Adam has been deeply committed to and involved in representing TSRC at numerous conferences, meeting, and symposia. Adam also volunteers his time to advance the transportation field, co-chairing the Transportation Research Board’s Standing Subcommittee on Equity of Innovative Mobility Services and Technology and represents TSRC in numerous USDOT, National Aeronautics and Space Administration, Intelligent Transportation Society of America, SAE International, and American Society of Civil Engineers working groups and committees. Adam strives to use as many available opportunities to represent TSRC UC Berkeley. Because of these efforts, Adam fosters collaboration not only among staff/faculty/students at UC Berkeley but also professionally with other partners. 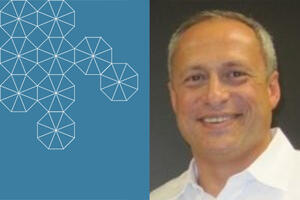 Zema was nomianted for the exceptional way in which he handled a very difficult and protracted set of personnel issues due to an unexpected contract termination. In this instance, Zema was forced to coordinate the layoff of over 15 employees, including himself.

Due to Zema’s tireless efforts, the program has been able to retain 4 individuals including the rescission of their layoff notices. Zema is working to retain a fifth employee. Further, Zema has worked to seek external work for the remaining staff members including reaching out to several well-known industrial companies as well as affiliate programs at UC Berkeley and other UC institutions. Through constant outreach and transparency, Zema was able to cultivate a high level of trust and to ensure that all affected employees treated one another with a great deal of respect. The ability to make transparent decisions and to follow through on commitments has been highly beneficial during a very stressful period of time. An example was Zema’s ability to reach out to other internal and external organizations to help employees seek other work, just as he committed to do early on in the process.

The project that was abruptly cancelled due to Covid-19 budgetary issues was a nearly ten-year effort that was months away from final launch. Almost all employees had been working on this project since early in its inception and made the project termination that more difficult.