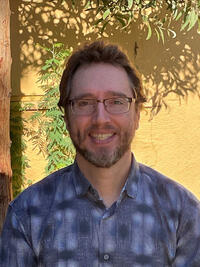 Connected Corridors is a collaborative program to research, develop, and test an Integrated Corridor Management (ICM) approach to managing transportation corridors in California. ICM views the corridor as a total system to be managed as an integrated and cohesive whole; it seeks to address the corridor’s overall transportation needs rather than the needs of particular elements or agencies alone.

This ambitious project is building a decision support system that brings together real-time traffic estimation and model-based prediction to propose response plans that can be deployed to mitigate the effect of traffic congestion caused by non-recurrent incidents. This talk will take a look “under the hood” of the decision support system and discuss the analysis, modeling, and simulation of the freeway, arterial, and transit network in the I-210 Connected Corridors Pilot.

Having earned Master’s and Bachelor’s degrees in Electrical Engineering and Computer Science from the Massachusetts Institute of Technology, Dr. Patire brings two years of experience in satellite telecommunication systems engineering, and three years of experience in embedded systems hardware design. While building an on-chip bus architecture to handle the logistical problem of moving bits between multiple consumers and producers of data, he became interested in pursuing analogous problems moving people between origins and destinations in the physical world.

Dr. Patire completed his Ph.D. in Civil and Environmental Engineering at UC Berkeley, focusing on traffic flow theory and bottlenecks.  For the past several years he has helped to bring a number of PATH projects to completion, including Mobile Century, Mobile Millennium, and the Hybrid Traffic Data Collection Roadmap. Along the way, he has been a team leader on large scale problems that involve GPS-based probe data, data assimilation, and flow models in the context of integrated corridor management. In his present position, Dr. Patire is responsible for the analysis, modeling, and simulation of the I-210 corridor as a part of the Connected Corridors Program. In addition, he pursues research interests involving data analytics and machine learning.