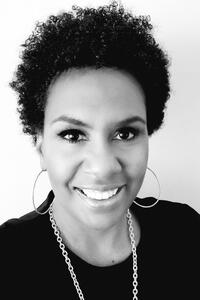 The Start-up Perspective of Applications of Data Science and AI to Equity, Race, and Inclusion in Mobility and Transportation

In this two-presenter seminar, Race & Tech Fellow at Stanford University’s Institute of Human-Centered AI Elizabeth M. Adams will discuss Race, Equity, Technology & the City of Minneapolis and Paravision's CEO Doug Aley will discuss The Future of Face Recognition - Mitigating Bias to Get It Right, followed by a joint Q & A session.

Race, Equity, Technology & the City of Minneapolis: Rapidly advancing technologies, such as artificial intelligence, machine learning, and algorithmic decision-making have proven to be a force for good. These technologies can also amplify forms of inequality, discrimination, and bias. This presentation will focus on a community driven initiative to make the use of AI enabled technologies in the city of Minneapolis more inclusive and transparent. The Future of Face Recognition - Mitigating Bias to Get It Right: This presentation will discuss face recognition use cases today and in the future - separating fact from hype; What is algorithmic bias, why it occurs in AI and face recognition in particular; The importance of training away algorithmic bias for all use cases; and What Paravision does to march down the path toward zero differential performance / algorithmic bias. 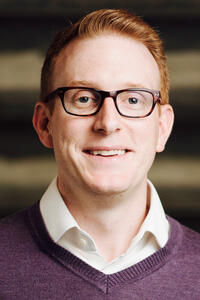 Elizabeth M. Adams bio: Elizabeth M. Adams is an AI Ethics Advisor and technology integrator focused on Ethical Tech Design and Tech Inclusion. Elizabeth is a Race & Tech Fellow at Stanford University’s Institute of Human-Centered AI. She also impacts the world serving as a Key Constituent for the United Nations 3C Roundtable on Artificial intelligence. Having served as an appointed member of the Racial Equity Community Advisory Committee for the City of Minneapolis, she continues to influence the local Civic Tech & Tech Design Racial Equity conversation and framework.

Doug Aley bio: Doug Aley has spent his 20 year career helping to found, lead, and scale technology ventures. He is currently Paravision's CEO and an operating partner at Atomic VC. Prior to Paravision, Mr. Aley held positions in product management early in his career at Amazon ($AMZN), was VP of Marketing, Product, and Business Development at Jott Networks (acquired by $NUAN), helped Zulily scale from $100M to $700M in sales as VP of Product and Corporate Development in the run up to the company’s IPO ($QVCA.O), held the same role at Room77 (acquired by $GOOG), and started and led Minted’s (private company) digital growth team. At 19, he co-founded and was CEO of his first company, Level Access (sold majority stake to JMI Equity in 2017), which helps make computer applications and websites accessible to people with disabilities. He is an investor and advisor in numerous technology startups and Chair of the Board of Trustees at The Marin Montessori School. Mr. Aley holds a BA from Stanford University and an MBA from Harvard Business School, and lives in Marin County, CA with his wife, Susan, and their two boys.