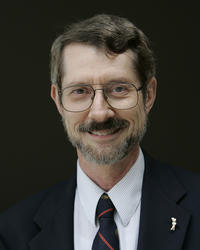 Abstract:
In this talk, Robert Poole will suggest that the 20th century institutions that govern how we design, construct, maintain, and fund major highways are broken and in need of major revision. The evidence is the persistence over many decades of serious and worsening problems, including chronic congestion, extensive deferred maintenance, and declining and unpopular funding sources. Drawing on practices from abroad, plus limited U.S. experience with new models, Poole suggests that highways are better conceived as network utilities that can be run as business operations—either by state entities (such as toll agencies) or as investor-owned companies operating under long-term franchises comparable to those of electric utilities. He will suggest as a possible first step toward this new model: toll-financed reconstruction and modernization of the aging Interstate highway system.

Bio:
Robert Poole is Director of Transportation Policy and the Searle Freedom Trust Transportation Fellow at the Reason Foundation. He has advised the U.S. DOT and half a dozen state DOTs on transportation policy. Over the past 20 years, he has helped introduce a number of policy ideas into U.S. transportation, including long-term toll concessions, HOT lanes, and truck-only toll lanes. A Reason policy paper Bob wrote in 1988 directly inspired the first state PPP law, enacted in California in 1989. That law led directly to the 91 Express Lanes—the first all-electronic toll road and the first U.S. long-term toll concession (P3) project.

Bob received his B.S. and M.S. in mechanical engineering at MIT and did graduate work in operations research at NYU. He’s a member of the
Transportation Research Board’s Managed Lanes Committee, and was a
member of TRB’s special committee on the long-term viability of fuel taxes for highway funding. In 2007 he was named “Private Sector Entrepreneur of the Year” by the Public-Private Partnerships division of ARTBA. In 2008 he was a member of the Texas Study Committee on Private Participation in Toll Projects. In 2010 he was a member of Washington State DOT’s Expert Review Panel on the I-405 corridor, and was also a member of the transportation transition team for Florida Gov. Rick Scott.