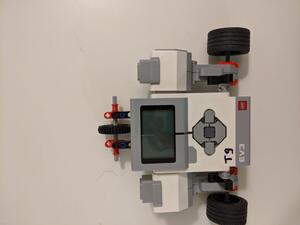 When the Bay Area shelter in place closed in-person classrooms at the University of California Berkeley and area schools, instruction shifted online. As teachers and professors quickly adapted to a new set of circumstances, ITS Director Alexandre Bayen’s students also rose to the challenge to bring their Diversity, Inclusion, Outreach Program at École Bilingue (EB) in Berkeley online.

Electrical Engineering and Computer Science junior Riddhi Bagadiaa spent the spring 2020 semester introducing fourth and fifth grade students to building, creating, programming, and understanding the applications of technology in the real world and preparing for the FIRST LEGO League, a national robotics competition for elementary and middle school students.

“Overall, the entire experience was a memorable one with a lot to learn on both sides,” says Riddhi. “I really enjoyed getting to know the students and the LEGO competition concepts.”

Under the guidance of Bayen, EB Headmaster Sébastien Robert, and EB science teacher Professor Isabelle LeBlanc, Riddhi designed a curriculum for students and worked rigorously on different and interesting projects to give a practical understanding of the concepts involved in the FIRST LEGO LEAGUE competition.

“This is such a great opportunity for students at both schools,” says Bayen. “Such projects help UC Berkeley students engage with the Bay Area community and spread awareness about technology and also gives elementary school students to learn something outside of their school curriculum.” 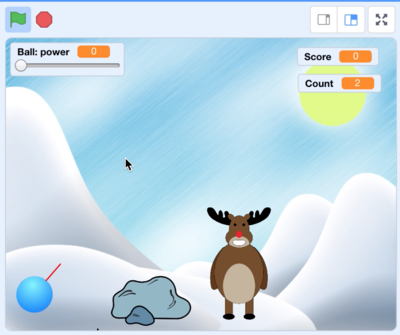 The program started off strong in February with 40 fourth grade students. Riddhi introduced LEGO Mindstorms concepts through different projects to gain intuitive understanding of how technology is best used and to acquire the skills to participate in the national competition.

Their first project was building a robotic car, and while step by step instructions were provided to learn different parts and sensors, students were encouraged to think creatively and explore different designs to build their own unique car, which served a common purpose.

“They were extremely active and came up with the most beautiful models, with high quality design and functionality,” says Riddhi.

After being introduced to programming foundations, such as loops, conditional statements, and variables, students strengthened their knowledge through EV3 Classroom block programming software. By building a simple, yet fancy car and programming it for functionality, students received a holistic idea of robotics. However, the next, larger projects were cut short when students no longer had access to hardware equipment. To keep the initial excitement, remote class focus shifted to programming in Scratch, which Riddhi had been working on with fifth graders to increase their exposure to coding logic and applications of programming. 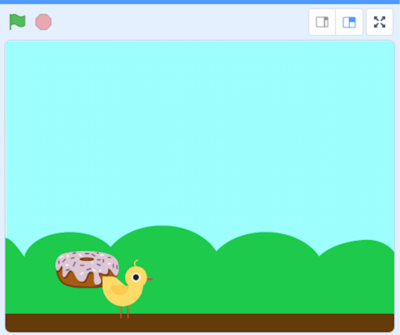 Over the course of the semester, students worked on three small to medium sized projects individually. While classes were initially in person, they soon shifted to recorded lectures, and promoted creativity and freedom of thought and exploration. Common games that students implemented to get a sense of how games are created and different aspects that must be kept in mind while building something for a user included “Avoid the falling Doughnut” where a player has to avoid doughnuts falling from the sky and “Hit the Target” where the player has to aim snowballs at a target.

“Each student brought a variety of unique ideas and methods to the table and keenly enhanced their personal projects in their own ways,” says Riddhi.

Since fourth graders had less experience with programming, projects were different and focused on solidifying basic concepts and encouraging computational thinking. Tasks were given to students along with an idea of which blocks could be of potential use to solve the task. Visuals, sounds and vibrant objects were used to make the challenge more interesting and make the learning process fun. 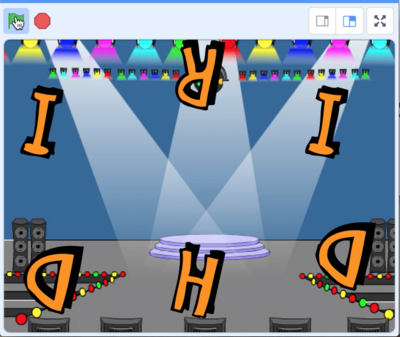 Activities entailed moving their name around the screen using different concepts and making the letters of their name dance to the beat of music. These techniques worked well with the students and produced innovative results.