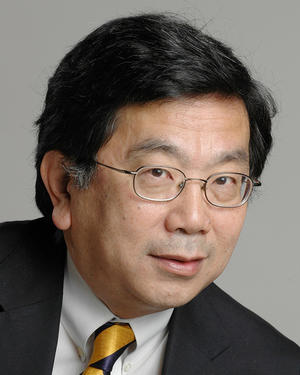 The Soichiro Honda Medal recognizes an individual for an outstanding achievement or a series of significant engineering contributions in developing improvements in the field of personal transportation.

Tomizuka's citation reads: for pioneering and sustained contributions in applying modern systems and control theory to the comprehensive analysis and control algorithm development of automated vehicle lateral guidance, which has inspired further developments in the field.

“As much as the field of personal transportation is multidisciplinary, the Honda Medal is multidisciplinary.  To name a few, I note disciplinary fields such as energy, design, thermal and fluid engineering, dynamics and so on.  I am honored to be the first to receive the award from the control community,” says Tomizuka.

In awarding The Soichiro Honda Medal, Committee on Honors members concentrate on the brilliance of the achievement or on the overall effect of a series of contributions-- not on the individual, and deems the achievement should be of such public importance as to be worthy of the gratitude of society and to call forth the admiration of engineers.

As a result of a generous unrestricted donation to ASME by Honda Motor Company, Ltd., in 1980, the Society established the Soichiro Honda Medal in recognition of Mr. Honda's exemplary achievements in the field of personal transportation in 1982.

From 2009 to 2011, he was the Executive Associate Dean for the College of Engineering at UC Berkeley. He also served as Program Director of the Dynamic Systems and Control Program at the National Science Foundation from Sept. 2002 to Dec. 2004.

His research interests focus on optimal and adaptive control, digital control, motion control, and their applications to robotics and vehicles.