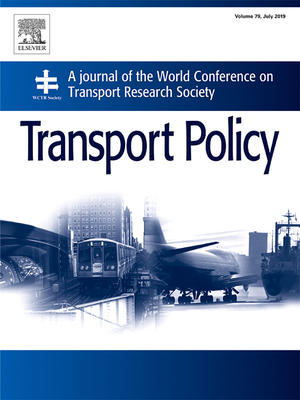 The journal article from article in Transport Policy (published in 2016), “Just a Better Taxi? A Survey-Based Comparison of Taxis, Transit, and Ridesourcing Services in San Francisco" presents exploratory evidence of how “ridesourcing” services (app-based, on-demand ride services like Uber and Lyft) are used in San Francisco, who uses ridesourcing and for what reasons, how the ridesourcing market compares to that of traditional taxis, and how ridesourcing impacts the use of public transit and overall vehicle travel.

In Spring 2014, 380 completed intercept surveys were collected from three ridesourcing “hot spots” in San Francisco. The study compares survey results with matched-pair taxi trip data and results of a previous taxi user survey. It also compares travel times for ridesourcing and taxis with those for public transit. The findings indicate that, despite many similarities, taxis and ridesourcing differ in user characteristics, wait times, and trips served. While ridesourcing replaces taxi trips, at least half of ridesourcing trips replaced modes other than taxi, including public transit and driving. Impacts on overall vehicle travel are unclear. The paper concludes with suggestions for future research.

The award was presented at the15th World Conference on Transport Research on May 26-31, 2019 in Mumbai, India.